Just back from a lovely, lovely weekend in Southampton. Went for a walk on the beach in Southsea on Sunday, and it was just beautiful. Cold, sunny and windy. Perfect.

Also, lots and lots of “yarn bombing” which is a bit like “guerilla gardening”. People knit random things and decorate lamposts, benches, railings, all sorts of things. Sweet!

JR the cat, who is very interesting and sure of himself, decided I was an ok person, and slept on my bed, sat on my lap, and generally made me very welcome.

Then Kim drove me home last night, on her way to a job near Nottingham.

And this morning I saw a consultant privately about my poor old hands. It is carpal tunnel, which has been suspected all along, and I need a small operation under local anaesthetic to decompress, and an injection in my poor old thumb for the arthritis. I didn’t know there was anything anybody could do about arthritis! I’m delighted.

Got the quote from the private hospital for the surgery on my hand – £2,125, which is too much, so I’m on his NHS list. I do have the comfort of knowing that he will do my thumb too, and that if anything goes wrong I’ll be fixed by the NHS without any grumbling. I had worried about something happening, so if , say, I had to stay in hospital overnight, that would bump the price up considerably, so even if we stretched to the two grand, it could be much more. Best stay with the NHS. Also, my other hand is on its way down the same route, so I want to see the same man, really, even though his NHS clinic is at Warwick Hospital.

And I do also have the comfort of an actual diagnosis!

Am a bit less tired today, although still not brilliant. This week am going to be much stricter with myself about how much I do. Tomorrow nothing is booked, Wednesday appointment with the GP, and Friday off to see ED, who will fetch me and look after me generally.

Have removed the fake eyelashes. They were driving me crazy. They felt heavy, and I was conscious of them all the time, and when I was trying to sleep they prickled my eyelids. It was definitely worth doing, and I’m glad I’ve tried them, but also very glad I only spent £7 having them done, rather than the standard £65+ you normally have to spend.

I’m delighted with the poppy which is flowering – there’s another one on its way into bloom too. They’re perennial poppies, and I cut them right back after the June flowering, so now they’ve come out again. Beautiful. A splash of colour in the autumn. Lovely.

Almost all of the Christmas shopping is done. I still need to make some more jam, and four more presents to be hand made, but that’s it apart from hubby’s thing(s).

Hubby is 99% recovered, I’d say. He’s feeling much better, generally, but has the odd moment where he feels a bit wambly. But it’s only been 24 days since he had six pints of blood transfused . . . 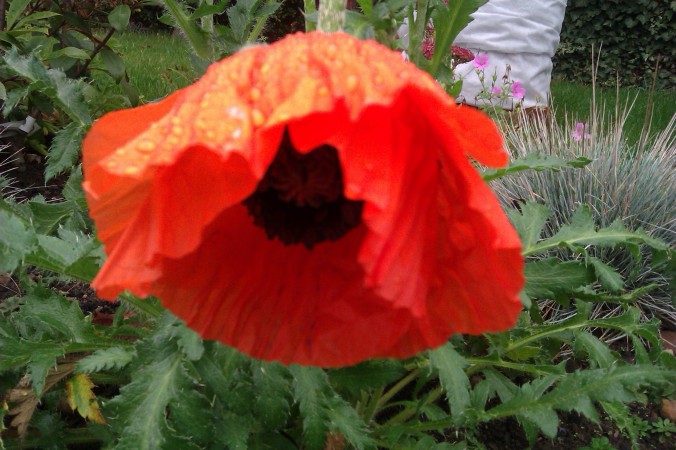 Absolutely exhausted. Have slept for 24 of the last 36 hours. But then I did go into Birmingham twice (why? why?) this week. Silly woman. Must be much more strict with myself about how much I do. Will regard it as a “learning opportunity”. 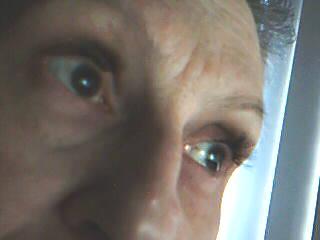 Well now, where shall I start? I upgraded hubby’s computer to dual boot Windows XP & Ubuntu 11.10 a while back, and there were, shall we say, a couple of little glitches.

The first one was that it didn’t dual boot, it went straight into Ubuntu. I eventually discovered that the stupid screensaver type thing, which involved a little box bouncing around the screen telling us that it was the wrong video mode, was actually masking the dual boot menu. When I’d finally sorted that out, which involved installing Startup Manager, and making sure that the video mode for boot was the right one (it’s a Samsung monitor, which I think caused the “problem”), it has been fine.

So I thought I’d upgrade mine from 10.10 to 11.10. Another little “glitch” – although mine isn’t a Samsung monitor, so no irritating stupid little bouncy box, so it went to the dual boot menu straight away – I managed, in the course of trying to sort out the horrible Unity screen thing, to botch the whole thing up and had to do a complete reinstall of Ubuntu. But not, thankfully, Windows too.

Now it’s all working splendidly, but there are a couple of things missing that you have to install. For instance, the screensaver. Whoever heard of having to install a screensaver? it’s pretty basic really. But anyway, I did, and it’s fine. Also am using Cairo “dock” for the launch pad, which is much prettier than clunky old Unity, and lots of pretty girly effects. Hubby wouldn’t like it, and he wouldn’t like my little Cairo penguin, who trundles about doing all sorts of funny things, when I let him.

So there we are. All sorted. Eventually. Thank heavens I back up before I do anything major!

Hubby is tons better. He even cooked Sunday lunch today! he’s eating well, looking well, and started building up his walks from five minutes to his usual half hour, but he’s not powering around at the moment, more of a stroll. But he’s working up to it. Good old hospital. And thanks to the iron tablets, too, and his general condition I think.

He wrote a wonderful letter to the Solihull News, which was printed as “Letter of the Week”, saying how wonderful all the staff were at Heartlands, and pointing out the disparity between their pay and pensions, and the bankers and uber-rich who are reluctant to give up a minute amount of their wealth. I can’t actually find the letter on the newspaper’s website, but when/if I do, I’ll reproduce it here. It was excellent.

Today I’ve made some bread rolls, helped hubby change the bed, and am currently cooking the apple and blackberry crumble I made yesterday. Can’t wait!

Brushed the cat today – she absolutely loves it, and writhes about in delight, trying to allow me to get to everywhere I possibly can on her furry little body. Sweet.

Still waiting to hear from hand and foot guys respectively. Will phone them tomorrow I think because I’m in considerable pain. Hmph.