What’s new? well, all the knitting stuff has been dispatched. The yarn winder also had to be sent off because the woman who was going to collect it had fallen, on the ice, and really hurt her back. The room looks much, much better without it all. Just the rest of the yarn to get rid of now. My cousin’s daughter (does that make her my second cousin?) is interested, but lives in Cornwall, a long, long way away, so the problem would be getting it to her. There is a plan afoot, but not completed yet. 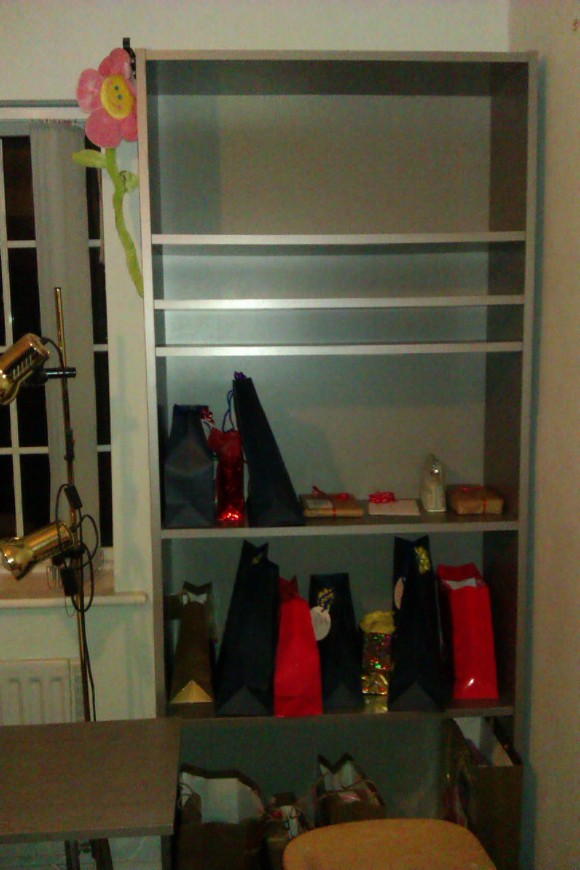 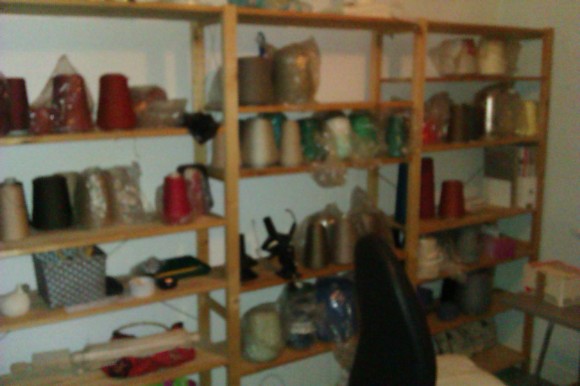 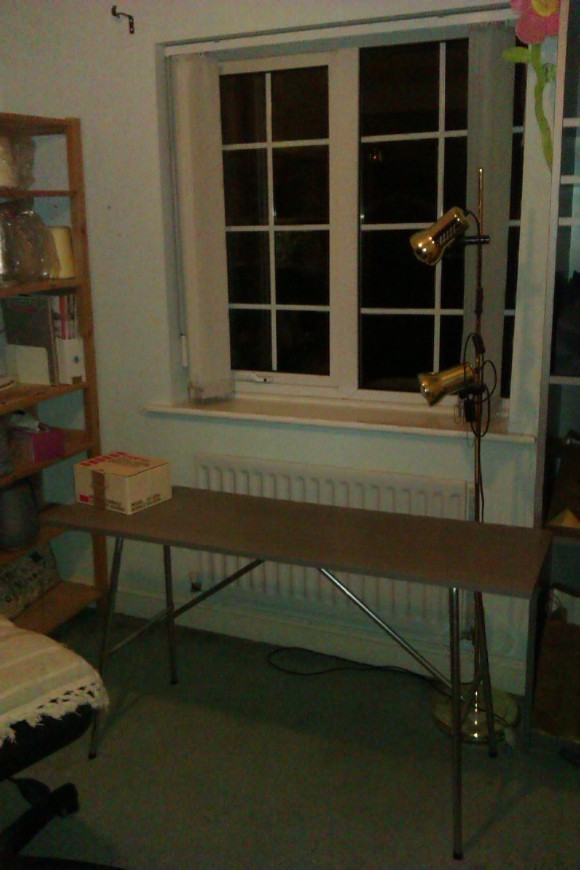 Went to see my mother today – she’s all organised for Christmas, same as we are. We have visitors next weekend, so will be putting our tree up on Friday evening, as the visitors include three of the grandchildren. I’m a bit “bah, humbug” ish about it, and can’t wait to get it down soon after Christmas, but the children love it. So does the cat, incidentally, she likes to climb the tree. We have to weight it down so she doesn’t topple it over.

I’m missing knitting. Every day, normally, I have my evening saved up ready to knit. Even if I only do a few rows, it feels comforting and useful and creative. I really like the rhythm of it, even though that changes with every new thing I knit. It will be several months before I can knit again. No date for the surgery yet.

The pain control is still working. Normally I’d feel as if I were on Planet Zog taking this much Tramadol, but not this time. Possibly because I increased the dose gradually, instead of jumping straight to 300 mg a day. But 300 mg a day it is, and that just about copes with it. Stupid sudden movements hurt, and I’ve had to ask hubby to peel, top and tail 1/2 a kilo of carrots for me so that I can make a carrot cake (actually, two) ready for next weekend.

I have made a dairy-free fruit cake this week. It is 800 gm dried fruit (I added glace cherries too), 475 ml orange juice, and two cups self raising flour. And that’s it! this time I added a layer of marzipan half way up each cake, and froze it in slices. So that’s me sorted for Christmas. Nobody else likes fruit cake, or marzipan, in my family, only me, that’s why it’s frozen in slices. Otherwise I’d eat it all in a week and put on two stone. Hubby had to help with the mixing and the pouring into the loaf tins, though, as it’s quite a heavy mixture altogether.

Now I have got rid of the knitting software (DesignAKnit 7), I don’t need Windows on my laptop. So this evening I’m going to install Linux Ubuntu instead. It’s quite an old laptop now, it’s a Lenovo (used to be IBM) and a good one, so I think Ubuntu will mean it speeds up quite a lot, as it’s much less hardware resource-hungry than Windows. I just need to sort out the spec of the laptop and that will inform which version of Ubuntu will work best on it. Hooray.

My main computer, downstairs, has both Windows XP and Ubuntu 12.04 installed on a partitioned 1Tb hard drive. When it’s switched on it goes into Ubuntu: if I want to boot into Windows I have to sit and watch the boot process, and choose Windows. I think there’s a ten second delay before it automatically goes into Ubuntu, and I could choose to have it boot by default into Windows. But why would I do that 🙂 ? The only reason it’s installed on there at all is for my iTunes music for the iPod, and to access the hubby’s music server remotely. Otherwise I use Ubuntu for everything. Love it.