The snow lasted a long time. It’s still quite deep outside in the garden, but the gritting lorry actually came down our road today! how wonderful! They do the main roads, bus routes and motorways first, of course, but now they’re doing the side roads too. Excellent.

The craft room is now finished and in use. I’m so pleased with it. The light is very good, I’m able to leave my sewing machine up if I know I have more to do with it, and the storage system is absolutely perfect. It was a long time happening, and the selling of the old stuff was really much harder than I thought it would be, but all worth it in the end. And there’s lots more room downstairs now because all my boxes and files and things are upstairs in the proper place! it will make a lovely spare room too because there’s a sofa bed in there as you can see. 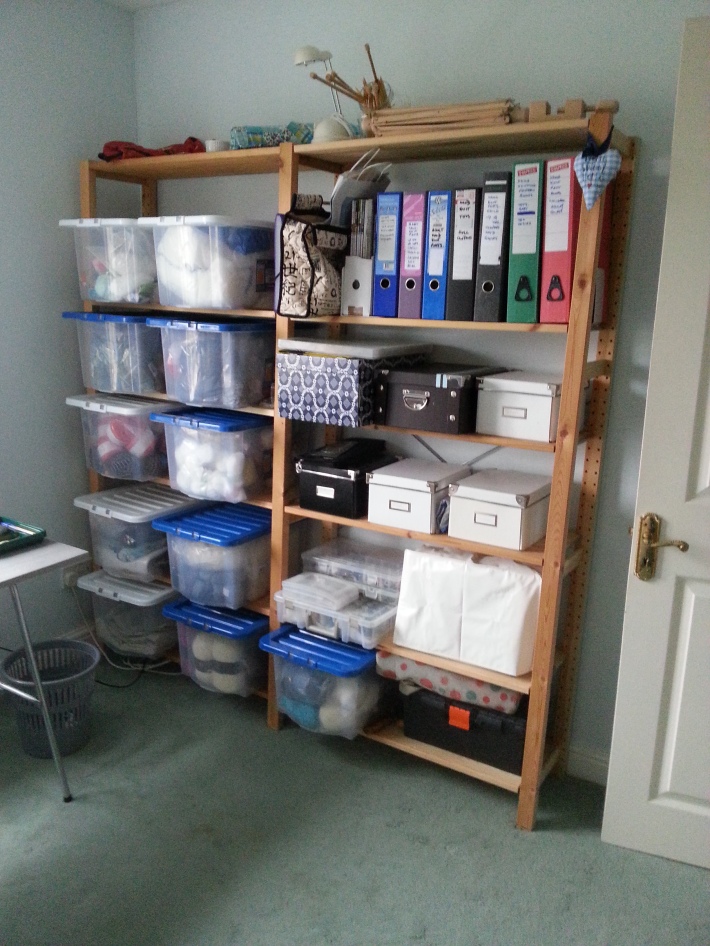 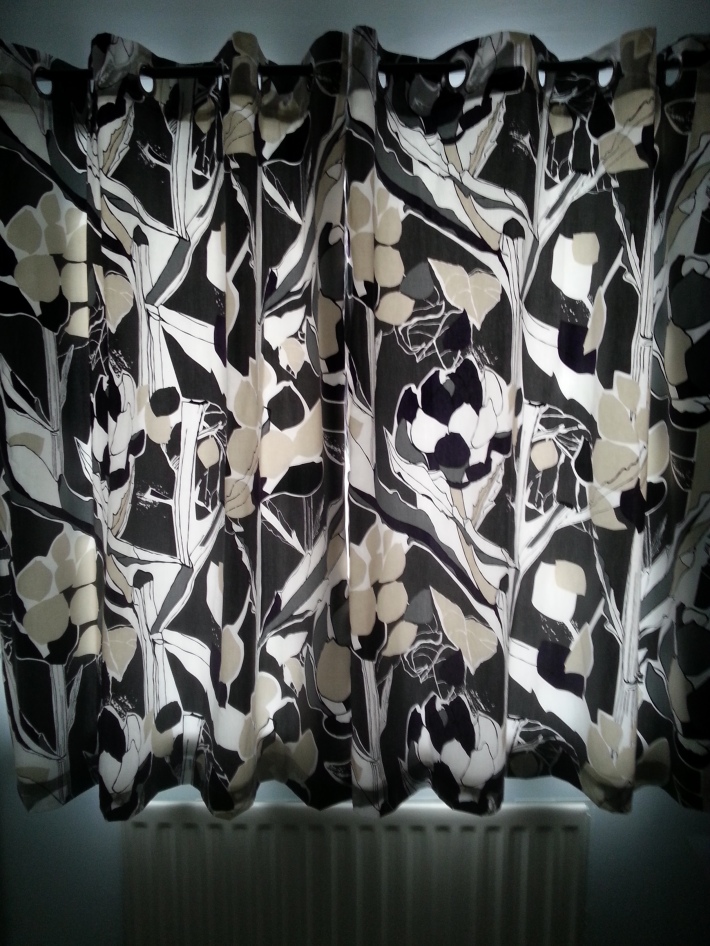 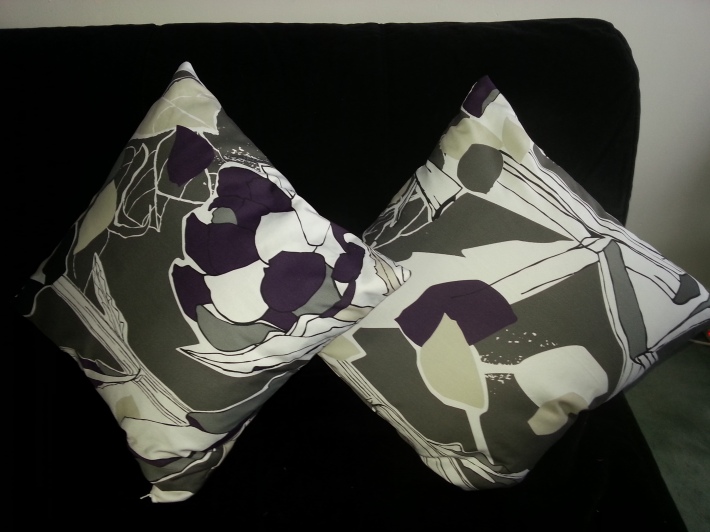 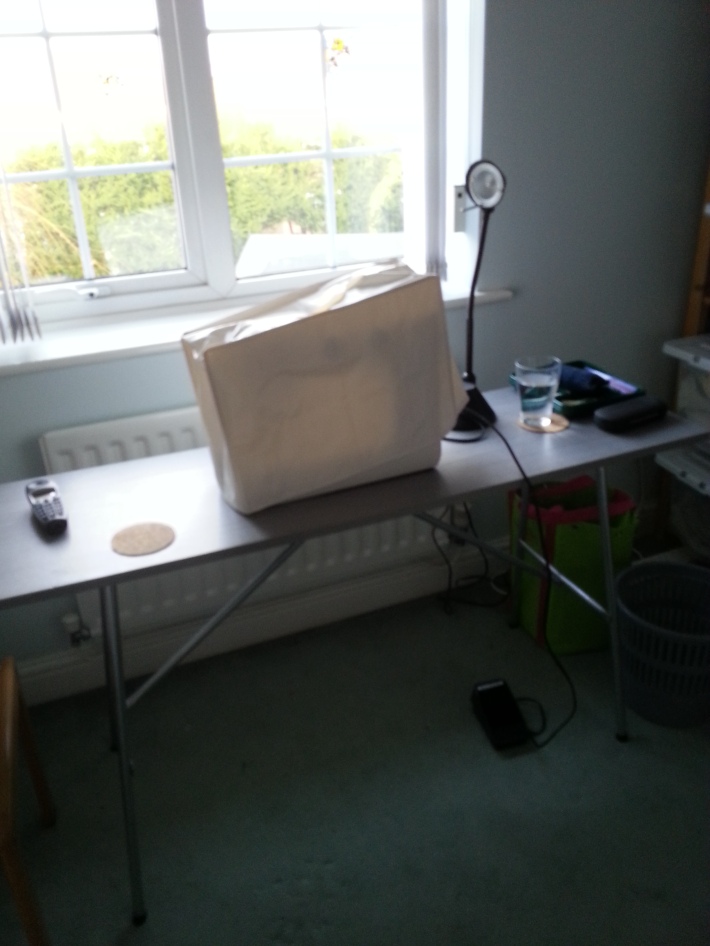 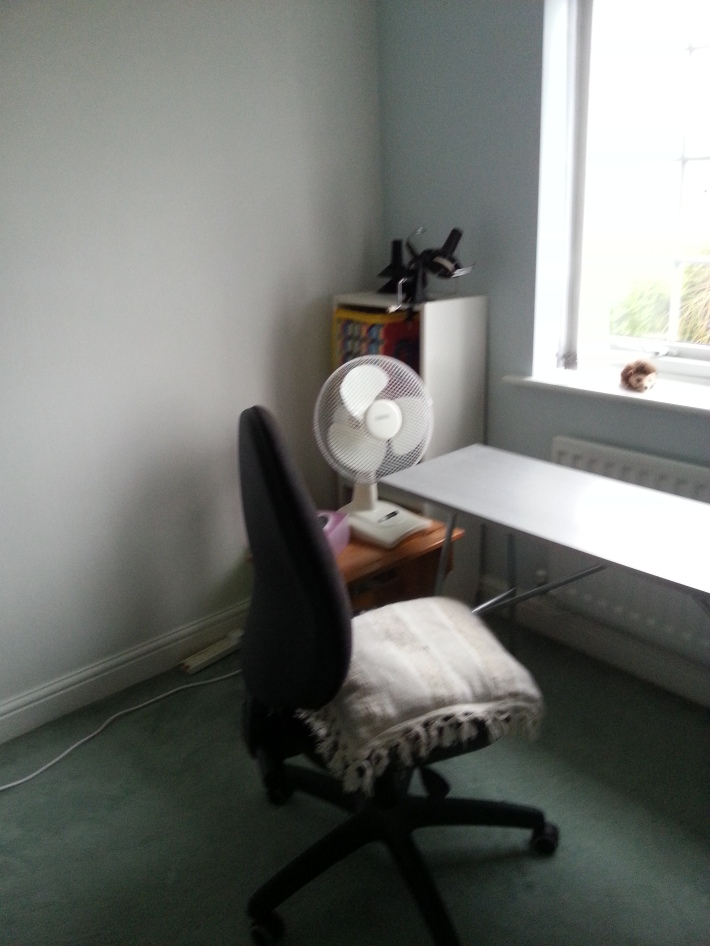 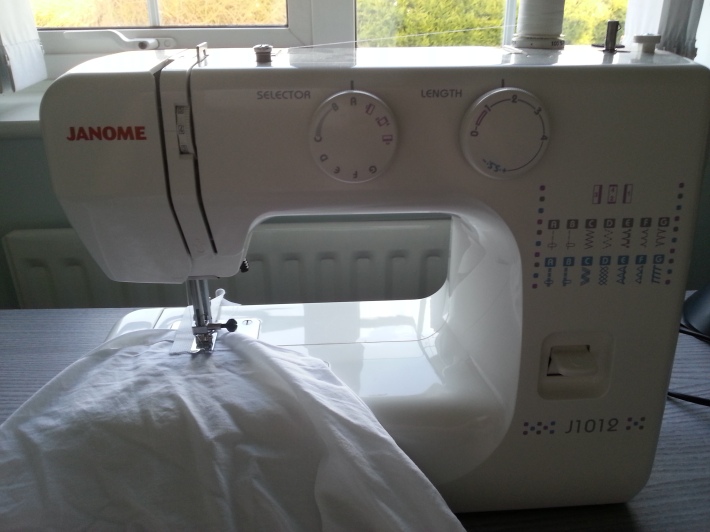 Hubby is currently out in Solihull, helping to get a petition signed about the NHS reforms. It’s a bit cold to be doing that really and he is chilled when he gets home, but a nice hot cup of tea seems to help.

New mattress topper. Now I have a mattress and two mattress toppers. I did before, actually, but the egg-box one had died, really, and the new one is so thick I feel a bit like the Princess and The Pea. Although I’m clearly not a princess, because I can’t feel any peas. It’s heaven to sleep on, just heaven. And I have a “side sleeper” pillow, which has a raised edge for one’s head, so that one’s shoulders don’t get crunched. It feels quite hard to start with, but is surprisingly comfortable. And my shoulders aren’t crunched.

I’ve signed up to Twitter. I really wasn’t sure what it was for, or why anybody would do that, but it’s actually very interesting. It all depends on which people you “follow”. I’m “following” Solihull Police, who have a very wry sense of humour, and tweet useful things like “the roads are very icy today” or “Solihull is gridlocked, don’t go there” and when they’ve arrested someone actually committing a crime, or somebody they’ve been after for a while. There is a real sense of community. Also I “follow” those friends who are on Twitter. I don’t “tweet” much, because my stuff is more for facebook. Twitter seems more newsy, or at least news-based. Not much of a tweeter, more of a lurker.

Trying to get everything organised before my op – once I’ve had it done, I won’t be able to drive or anything (like get dressed without help), so I want to make enough cakes to put in the freezer and last us a while, including one of those fabulous fruit cakes (sans marzipan though), I want to fit my friend’s computer memory (1 minute job, but not possible after op), and I’ve been busy buying full length skirts. I don’t see how I could manage jeans with only one hand, and going to the loo would be a nightmare, so have decided pull-on maxi skirts is the way forward. Trouble is, they’re quite hard to find. Managed finally to source a few, ordered size 12 and 14 in the various styles to save on postage – most of the online retailers don’t do an exchange service, so you order something, find you don’t want it for whatever reason, send it back, and then have to pay postage again for something you do want. Solution – order everything you might want in one go, and return what you don’t want. That has worked for the most part. However, two skirts from one online retailer (who shall for the moment remain unnamed), when washed before taking up (everything always needs taking up, I’m 5′ 3″ tall/short) shrank several inches. Now one of them has shrunk from trailing on the floor to just the right length. I’ve kept that one. The other one shrank from just above ankle length to just below knee length! so that one’s gone back as faulty. Honestly. If the other one shrinks again, that will go back too.