Lots and lots has happened since I last blogged. The trick is to remember it all.

Union-wise – I’m going to a Regional UNISON Seminar in Bilston in April, and Retired Members’ Conference in October. It’s ok, it’s one day in April, and one night in October, because we oldies are less likely to party the night away . . .

Still knitting the cable jacket – in fact had a small disaster. I’d finished the back, and almost finished the left front, when I found a huge, obvious, mistake, just above the armhole shaping on the back. So I unravelled it and knitted it back up again. 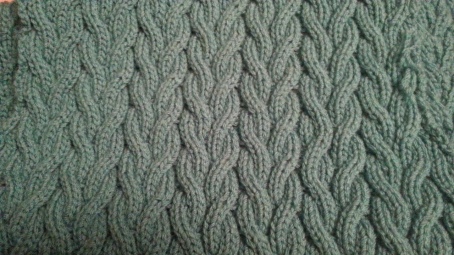 Here’s a photo of the mistake. See if you can find it. But it’s all ok now. Then I made a mistake on the shoulder shaping of the left front, and had to re-do that. But now I’m on the right front, and being very very careful.

YD has had a dreadful time at work, but has come out unscathed, and is now angry rather than in bits. Brave soul. She was 30 on Friday. Can’t believe I have two daughters over 30.

Stitch Solihull is having a “knitting-fest” at the end of March, to celebrate their first whole year trading. I’m making a three-tier carrot (birthday) cake. Iced. In the planning stages at the moment.

The garden is looking less bedraggled, and buds are appearing. Snowdrops and primulas are blooming, and the daffodils are budding. Lovely . 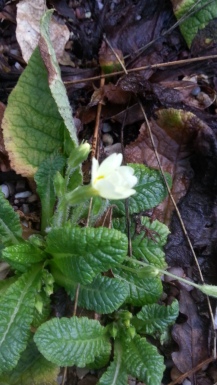 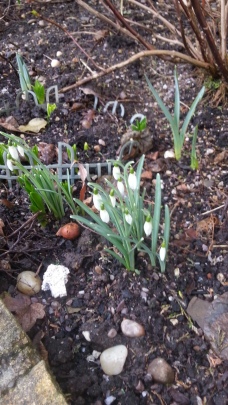 I have new glasses. They’re a very similar style to t 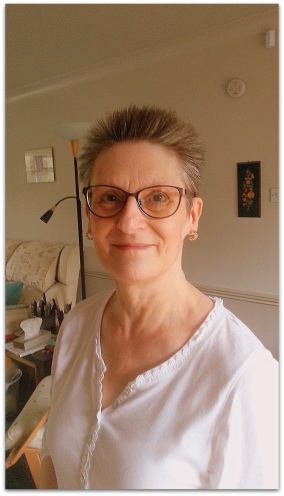 he previous ones, but are lighter, a less dramatic colour, and have proper nose pads, which means my nose stays cool and comfortable. Essential (!)

Had another small episode with my back, but the osteopath and 48 hours on Tramadol sorted that out.

And most exciting of all, I’ve been covering the shop. I’ve done it twice now. When either of the young women runs a course on a day she works, they need somebody to staff the shop. And I’ve really enjoyed it. Still not quite used to the till, but am able to offer advice on yarns and patterns, and only had to ask for help twice on Saturday. Several more dates in my diary. It’s voluntary, but it’s just so exciting. Leaves me very tired though, but that’s manageable! and it’s so worth it. Love it, love it, love it.

Next course I’m planning to book myself into is lampshade making. Very excited about it. Not sure when it will be, but it’s definitely in the new course schedule, which should be out by the end of this week.

I also made some dairy free Danish-type pastries. Cinnamon rolls. Bought the puff pastry (dairy free) and made the mixture myself. Delicious. I’ve missed Danish pastries so much! 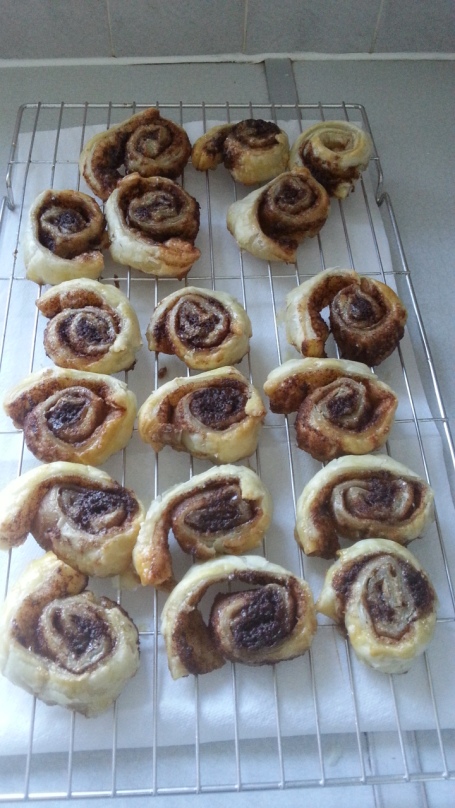