Well, the garden’s looking absolutely lovely. Autumn has always been my favourite time of year, and this October it’s just beautiful. 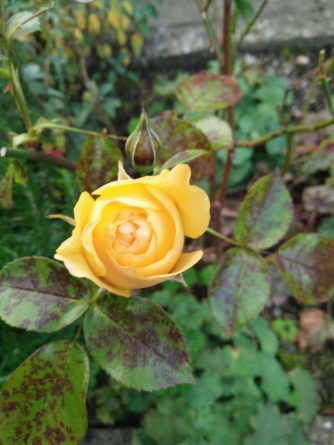 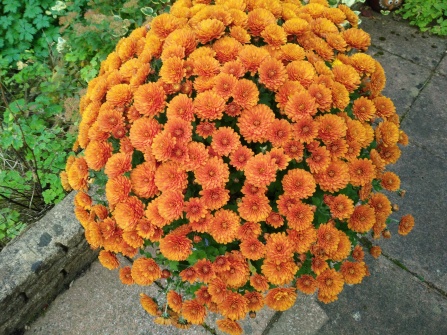 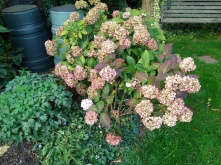 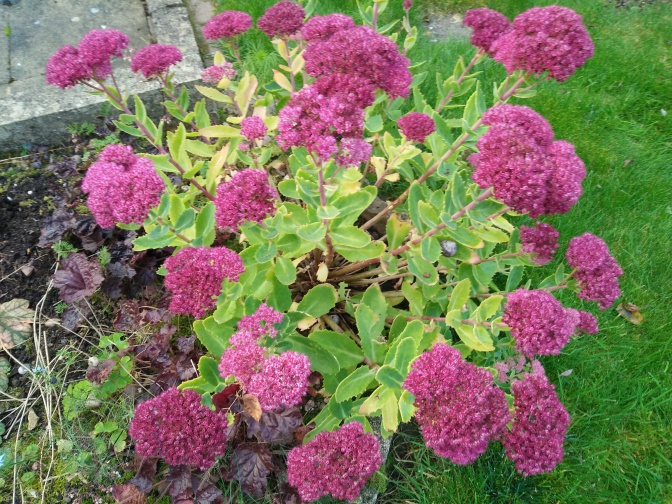 However, there are a couple of minor irritations going on in the background. First let’s deal with the car.

My car is very old. 18 years old to be precise, and although it’s fine, and still runs ok, it sounds a bit clanky now, despite its recent annual service. And a little while ago, a few weeks I think, the display on the stereo stopped working. It’s apparently a common thing with the one I have (a Kenwood, with a detachable fascia). Now, that’s not too much of a problem, because I know what radio stations are attached to which numbers, and I can listen to my MP3 player once I’ve sorted out the “source”. However. And this is a pain in the proverbial neck. Somehow or other, buttons have been pressed (by me, nobody else drives my old jalopy), which mean that Traffic News has been set up. That means that I’m singing along loudly to my MP3 player, and all of a sudden, traffic news interrupts. Not only that, but when the traffic news has finished, I get a lot of DJ inanity and at least half a track of some music I’m not particularly into.

So I have enacted a cunning plan. Don’t want to spend too much money but am fed up with the TN interruptions. I have ordered a fascia from ebay, total cost £7.99. We shall see what transpires.

Next thing is my knitting. Gaaaagh! I have been knitting away happily for grandchildren for Christmas, and one of the garments is a lovely pale yellow with dark grey heart shaped buttons. Another garment is a dark green variegated yarn. Soaked them both, prior to blocking, in separate bowls. Rinsed and wrung them out, separately. Carried them both upstairs At The Same Time. Epic fail. Dark green yarn has bled randomly onto pale yellow yarn. Dark green garment has been rinsed in the washing machine and looks great. Pale yellow garment is comprehensively f*cked. Tried a number of ways of getting the dye out, and now the fabric is all to buggery, because it’s been rubbed so much. So I cut off the buttons, stayed relatively calm (no stamping about, shouting or swearing out loud), and put it in the bin. I’m off to the knitting shop shortly, when I’m actually showered and dressed, to get some new yarn to knit exactly the same garment again. Not pale yellow, though, variegated I think, and with garter stitch instead of ribbed welts. So I am going to try really hard to see this as a Learning Opportunity. Grr.

I really thought I’d broken the back of all the Christmas knitting. But no.

Ah well. Definitely First World problems, so I shouldn’t complain, when there are people so much worse off than me.