Spoke to both daughters. One’s in New Zealand, one’s in Southampton. Flowers and e-voucher. Lovely.

Been gardening today. Yeah. Love it. 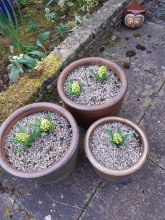 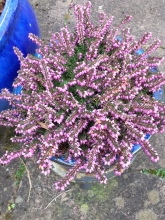 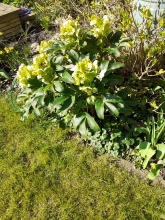 The three heathers (ericas) in pots I bought locally, and when I planted them they were badly root bound. But they look ok! The strange red shoot is a peony, and the Christmas Roses (hellebores) are doing ok too still. And the hyacinths are coming along nicely.

Just having a little rest before lunch then a little snooze I think.

Been back from New Zealand over a month now and life had pretty much settled back to normal. Until The Apocalypse (Covid-19) arrived. Bleugh.

I don’t understand why people would buy ALL the toilet rolls and ALL the pasta. What about everybody else, dickheads?? Huh?

Hubby and I are not self-isolating yet but we are “distancing” socially. It was my sister’s birthday yesterday, and we were actually in the same room! but didn’t hug. Hmm. It’s sensible, just a bit sad. So we bumped elbows instead. I won’t catch public transport or go anywhere too crowded (not that anywhere is at the moment!)

Although Hubby, bless him, went to a concert at Symphony Hall last night. On public transport. And bought a Big Issue (which I won’t touch and is now in the recycling. I usually do buy it, but not at the moment!) Sigh. He’s 74, with a heart condition. We did talk about it but he’s a grown up. Hmm.

But then I have a hair appointment tomorrow. Just hoping the hairdresser people all wear plastic gloves. I expect they will. They’d better not breathe on me either. Joking. (sort of).

Been catching up on “inside” jobs, although managed to do an hour’s gardening last week, which was lovely. I just cut back all the ugly dead stuff and did a very small bit of weeding. Now the daffodils are centre stage and look lovely. I’m absolutely knackered, of course, but happy.

And this morning I sorted out all the stuff from Mother’s house which is going to eBay/Freecycle/charity shop. A very small proportion has been bought on eBay, the rest is charity shop/Freecycle. So boxes have been reorganised and there are lots more boxes in the hall, far fewer in the study! Also went through two boxes of framed photos, sorted the frames into charity shop/tip (refuse centre), and kept all the photos. 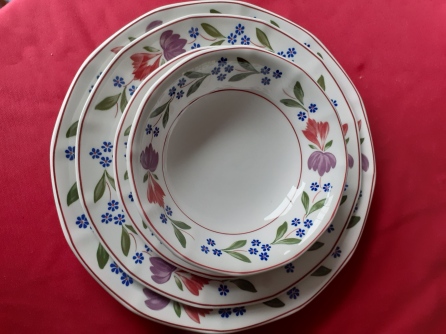 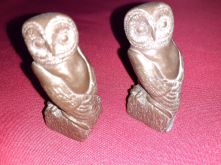 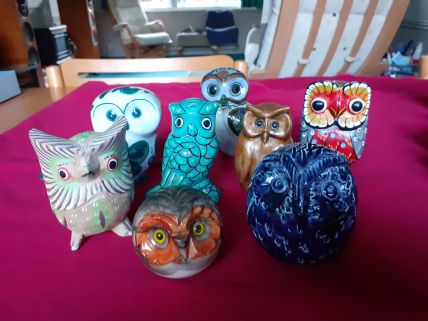 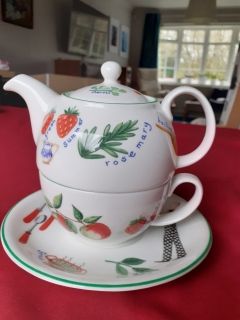 Just to give you a small idea of a fraction of the stuff. There have been umpteen (probably 100) visits to charity shops. We have filled two medium size skips, and will probably fill another one. But Mother’s house is looking better now.  Bigger. She was a bit of an “accumulator” and there was stuff just everywhere.

Next up – sort ALL the photos (boxfuls) into some sort of order. I have the box, I have the photos, and an idea of how I’m going to do it. Just need to wait for the energy to do it . . . in the plan is also writing on the back who is who, if  it’s not already done. My sister and I are the last people on this side of this family who will have any chance of identifying people, and it’s just so useful when looking through old photos to know. Instead of gazing blankly at strangers,  there are”ohs” of recognition as realisation dawns. It’s history. Family history. Yeah. Dad was born in 1920, and there are photos of his parents, the (very) odd aunt, and so on. Just the clothes are interesting.

And then there are hundreds of transparencies to go through. Hundreds. There is a slide projector which of course I haven’t the faintest idea how to use, but that will be another little job. Learn to use the slide projector. Learn how to load the slides into the cartridges. Learn how to identify which slide is actually showing at any one time. I may need to set aside some time for that . . . .